When was the last time someone asked you what your GPA was? It’s probably been a while.  That doesn’t really even matter much anymore, does it?Likewise, unless you’re a lawyer, physician, or some other occupation that requires official certification – your education doesn’t matter like it used to either.These days, people are much more interested in your answer to one very important question than they are interested in what a piece of paper says about you. And you better have a great answer to that question ready.

What Have You DONE?

What people REALLY want to know is what you have done that has produced results.I hire people. And one of my pet peeves about resumes is that most people only list their responsibilities on them. I don’t want to read about what your responsibilities were. That’s not something I want to discuss in an interview. I can get that from a job description.I want to know what you did, what your results were, and how you blew the doors off.What do you think your clients and prospects want to hear about?What kind of work you do – or what kind of results you get? 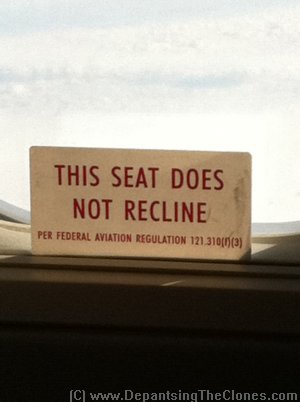 Fair enough. That may have rambled a bit. Here’s the point.I may not know you…but I know you.I know you have those times of doubt and despair when you think that everyone around you has more on the ball than you do. Maybe they have more resources, more education, or a longer resume.I’m here to tell you that none of that matters in the end.I’m all about being up-front and honest here, so I’ll concede that sometimes those things can be a hindrance or a disadvantage…but they are not deal-killers by any means.Get something done, and get it done spectacularly.Start it now.Leave tomorrow, next week, and next year for the lazy.

Take a risk. And if you fail, take extreme pleasure in the fact that at least YOU put yourself out there and tried.Just making an enthusiastic effort puts you head and shoulders above the crowd. Do it repeatedly.Study, practice, get advice……and try, try, try.Stop feeling like you’re at a disadvantage. You are not.Au contraire. You were out on the web looking for content like this. You, my friend, are trying as we speak. Or read. Or write. You know what I mean.Good for you.Go get ‘em.