How to Make Your Call to Action 55% More Effective 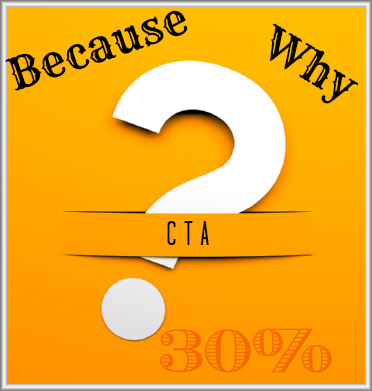 As a business person who makes a living marketing and selling your products and services, you wind up making a lot of requests of others, don’t you?

Sometimes they cheerfully do what you ask, sometimes they reluctantly do what you ask, sometimes they ignore you, and other times they tell you to insert your request into certain uncomfortable places where “the sun don’t shine.”And that’s all fine and dandy, right? It’s part of the game and a normal part of daily life for an entrepreneurial spirit such as yourself.But here’s the thing: It’s in your best interest to figure out how to get more people to say yes and fewer people to say no.What if I told you that with one simple mental tweak (which you can master before the end of this post) you could increase the number of people who say yes to your requests by as much as 30%?It’s not only possible, it’s downright easy to do.

Why the Universe Doesn’t Beat Around the Bush

Let’s say you’re in line to check out at the grocery store and some guy behind you taps you on the shoulder and says, “Excuse me… can I go first?”What about a woman on a street corner asking, “Can I use your cell phone?”If they asked that way, what are the odds you’d say yes? Not great, right?To understand why the odds aren’t good, you have to put yourself in the role of the person being asked.Why would you say no to a random guy wanting to cut in line, or a woman asking for money?You say no because you don’t know the other person’s why.

Look at those same requests again – except this time they’ll explain why they’re asking.“Excuse me… can I go first? I just have this one thing to buy and I’m late for work.”“Can I use your cell phone? I locked all my stuff in my car.”Now how would you answer?When someone gives you a really good reason why (a ‘because’), the odds of you saying yes shoot way up.

The Power Is In the ‘Because’

Now, here’s the interesting part.Common sense would seem to suggest that the reason we’re more likely to say yes when given a good reason for the request might be that the reason given was actually… well, good.But that’s not even true.In his book Influence – The Psychology of Persuasion, Dr. Robert Cialdini cites a study by Harvard social psychologist Ellen Langer which proved that we as human beings are so hard wired to respond to a ‘because’ – that it didn’t even really need to be a good because.“Can I use your phone? I’d like to make a phone call” is almost as effective as, “Can I use your phone? I locked all my stuff in my car” – even though the first one just reiterates the request and adds no new information.By the way, if you haven’t read Influence – The Psychology of Persuasion, you need to. It’s One of the best books ever written on the subjects of persuasion and influence.The study concluded…

That’s a 55% increase in “yes” answers – just for giving them a good reason.What does 55% more sales look like for you? What about 55% more revenue?

How to Make ‘Because’ Pay

The question, then, is: What can you take from this? What’s the lesson?The lesson is that you need to tell your audience, your customers, your followers why you want them to do the things you’re asking them to do.Read this because it teaches a method to cut your refund rate in half.Click here (because) your free download awaits!Share this because it makes you look like an authority.Buy this because it will teach you how to create professional quality videos.How many times a day do you see just “click here” or “Share this?” How many times do you personally type those things?Is taking a few seconds to come up with a compelling “because” worth a 55% raise or a 55% increase in revenue?I promised you simple. How’s that for simple?Now go use ‘because’ to your advantage!Because you can 🙂