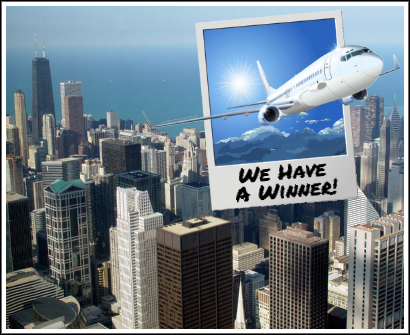 In a lot of ways, conventional wisdom says that I should have waited to hold Reboot Authentic’s first Free Airfare Giveaway.You could make the argument that with such a new blog, I really didn’t have the following yet to really get any traction from it – and that’s probably true. A high level of exposure is always nice when you’re starting something new.But at the end of the day my real goal with this giveaway was to help someone else do something great for their business by flying them to an event that would take their business to the next level. I’m confident we’ve accomplished that.

The Timing Of The Announcement

I also want to apologize to all of you who have been waiting for this announcement. It took longer than I anticipated and longer than it should have. Coordinating judges, contacting the winner, and my usual crazy travel schedule presented some unique challenges.

And The Judges Chose… 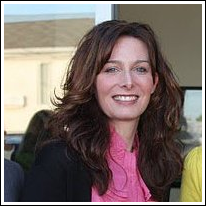 I am very happy to announce that the judges have chosen to award the free round trip airfare to Heather McCloskey – founder and CEO of McCloskey Partners in Philadelphia, Pennsylvania.Congratulations, Heather!

For years Heather had a high-profile career in Human Resources with several large national companies. By anyone’s standards, she was a success. Eventually, she found herself working for a company that helped physicians set up ambulatory surgery centers. During that time, Heather played a key role in multiple business startups.It was at that time that Heather realized how much she loved working with small businesses. She worked one-on-one with the owners and found it very fulfilling that she could immediately see the impact of her efforts because of the small size of the businesses. That realization motivated Heather to start working on her own human resources company while working her full time job.One night about 8 years ago Heather found herself flying home on New Year’s Day after having to terminate someone as part of her job duties.On that flight, Heather had an epiphany.

I decided on the plane that my priorities were misaligned. I had two children at home, a business I was trying to grow and I was an intrapreneur for someone else – out making money for them.

Heather made the bold move to quit her very stable 6-figure job and create a workplace where people could be passionate about their jobs and be a part of something incredible. Her goal was to call her own shots, be a great employer, and never again have to miss her children’s school party or soccer game. She was done being that person.It was then and there that Heather set out to launch what is today McCloskey Partners – a Philadelphia based national HR firm. McCloskey Partners works with small to medium sized companies with between 10 and 5,000 employees, fulfilling their HR needs.Many of Heather’s employees are women who were out of the work force for many years raising their children.Heather and McCloskey Partners has offered those women a stepping stone back into working outside of the home.

Honestly, I am just the ‘girl next door’ that is trying to make a living by doing things right, treating people well, teaching our clients to treat their employees well and they will have those employees forever.

In addition to her career, Heather is a tireless activist for many causes in her community and makes time to help those less fortunate. You can often find Heather donating her time helping women in crisis situations and donating much of her time and money to people who are less fortunate. Her office serves as a drop off location for clothing & supplies for a local Shelter.Among many other charitable and philanthropic efforts, Heather takes time to assist people who have been displaced from their jobs and helps them reenter the workforce. She is also committed to several nonprofits including A Woman’s Place (serving domestic abuse victims), and the National Ovarian Cancer Coalition.

As the winner of the Reboot Authentic Free Airfare Giveaway, Heather has chosen to use her flight to represent McCloskey Partners at the Society for Human Resource Management Annual Conference in Chicago this June.

I will have the ability to meet with a large number of HR Professionals that are decision makers at their respective companies. I do not normally get the opportunity to be with my peers and discuss the services that McCloskey partners can offer to them and their organizations. I would not be able to attend this conference without the award. The cost would just be too much.

Heather says that winning this giveaway will force her to get her away from the day to day of McCloskey Partners (out of her comfort zone) and attend a national event. As a small business owner, this is an event she has always wanted to attend, but has never committed to because the day operations of the business don’t usually allow her to leave the office for these types of events.She now has the staff and confidence that she can leave the office and promote McCloskey Partners on a national level. Heather feels that this trip is the event that will allows her to take her business to the next level.I’m honored that Reboot Authentic got to play a small part in the continued success of this fantastic company.Watch Reboot Authentic for updates of Heather’s trip coming in June!Help me congratulate Heather and McCloskey Partners in the comments section!