Is It Time To Fillet The Big Fish In Your Little Pond?

Recently, a friend of mine shared a story with me about how one of the long-time salespeople in his organization was (seemingly) suddenly let go. My friend seemed 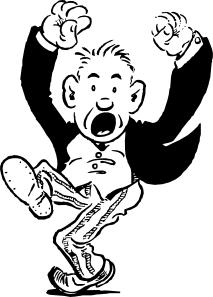 shocked over the news. This person’s numbers were still among the best in the company.I had an idea what it might be…and asked him several follow-up questions to validate my assumptions.I asked him if the company had recently been growing and because of it had brought on new people. He said, “Well, yeah…we’ve had a lot of growth over the last couple years, and we’ve brought on several new sales reps.”My next question was, “Are some of those new sales reps posting good numbers and getting some internal buzz because of it?” To which he said, “Oh yeah – two of them especially have done a phenominal job.”Then I asked him how the guy who was let go felt about the new people. Guess what?My friend went on and on about how the Big Fish avoided the new people, had nothing good to say about any of them, and even went as far as to criticize the company for their expansion efforts and hiring decisions.The last question I asked was, “So if you heard all that…can you imagine what was going on that you didn’t personally witness?” The ah-ha look came across his face…and I knew that he understood.

When The Pond Grows

As a small business grows, often a few key people play key roles in making that business successful. They work hard, get results, and keep the profit flowing to fuel growth and expansion. They’re the heroes. The Big Fish in the little pond.In the early years of their employer’s growth, they do a lot of work and receive a lot of attention – and rightly so. We’re talking about valuable people here.However, as the company hits certain levels of growth, it expands. It grows. It adds new products, services, distribution channels…and new personnel.At some point in the company’s growth, the Big Fish start to notice that they aren’t receiving the constant kudos that they used to receive – at least not as many. They see other people coming up with ideas – or getting promoted up to their level. They may even see people get promoted over them.Often times while the Big Fish is still successful, and often still making a great income for their efforts, they get upset that others are attracting attention.They get upset because the pond is growing…and so are some of the other fish!If that sounds immature to you, I would agree. After all, in most cases, it’s not that anything is being taken away from the Big Fish…they’re just being asked to share the pond. 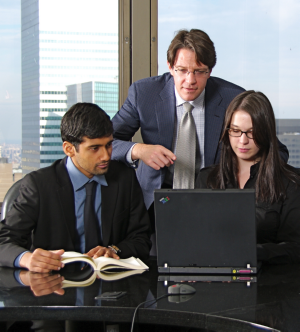 Not All Big Fish Are Created Equal

I’m not saying that all Big Fish are whiners. Not at all.The evolved Big Fish see such situations as an additional opportunity to provide value to their organization and further secure their legacy within the company.They understand that new people need mentors. As someone who has been “around the block” the Big Fish can help accelerate the success of all newcomers around them.They can provide leadership, training, and support to new people and continue to be a huge part of their company’s success.In my experience, I’ve been fortunate to work with these types of Big Fish more than other type. And where do these Big Fish wind up? Not on a plate, I can assure you.Of those who I have worked with, a few are still extraordinarily successful salespeople, one is an Executive VP for his organization now, and two more are officers in their companies.

What Happens To The Whiners?

On the other hand, some of the former Big Fish who took their company’s growth as a personal affront and became disgruntled over it…well, many of them got filleted. Most have moved on – sometimes voluntarily, sometimes not.What about you?Have you seen this scenario play itself out in your organization?Share a story of a Big Fish you know who either did it right or wrong.