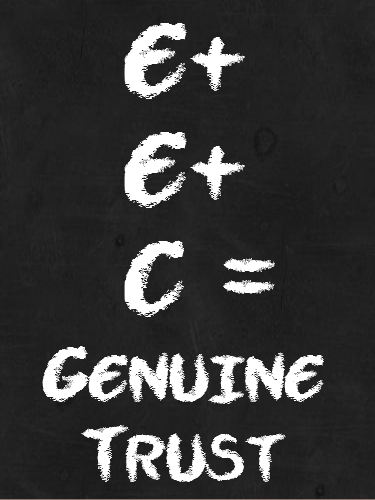 In my last post, I railed on the Echo Chamber a bit for watering down the meaning of great words.Truth be told, it’s not so much the overuse of the words that bothers me – it’s the lack of substance. Who am I kidding? Both of those things tick me off.And then tonight, I met a young guy who proves that originality, intelligence, and even authenticity (yeah, I typed it) still exist. More about him in a bit.To set the record straight, I love the word authenticity. I love what it is supposed to mean – which is something real, genuine, and not copied. What I hate is when it’s thrown around haphazardly because THAT dilutes the meaning of the word. So there you go.

From all my years of experience in business – all my successes and failures – one thing I have become very good at is seeing the forest and the trees at the same time. To put it another way, I have a knack for seeing through the fog, the tangles, and all the details to see what is or is not genuine about people, organizations, and situations.

Tonight I was personally thanking all of my new Twitter followers, which I always do. The vast majority of people don’t reply back – and I don’t expect them to. Most who do reply back say something like, “Thanks! You too!” or something brief like that…which is nice and appreciated.The rest of that group (the minority) are the ones who really get what Twitter is for…engaging other people on a personal level.Tonight a young guy who I thanked for following replied back and a nice Twitter conversation ensued in which I mentioned something from his site. The next thing I knew, I had an email notification that read “New Subscriber to Your Newsletter.”I have to tell you that I LOVE seeing that message. You’d think I was five and I just spotted my Christmas presents under the tree. I can’t help it – I get downright giddy. But back to the point…

Staying true to my own rants about being real and sincerely engaging people, I have taken to personally emailing every new subscriber after they sign up. Sure, I ask them the same several questions – but I hand-type most of the message and personalize it for each person.In part of the email, I ask for the new subscriber’s feedback on the design, navigation, and content on my site. Most people say something brief and polite. Not this guy.So what did I get back from this young guy in about five minutes?Smart, constructive, detailed, and articulate advice that was immediately actionable. Not only was I happy to get the critique, I was ecstatic to see a young guy throwing himself into blogging who is so obviously sharp, insightful, and a pleasure to communicate with.

Out On A Limb 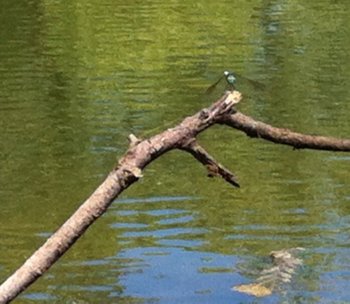 As someone who has spent many, many (but not too many) years recruiting talent in several different industries, I’m very confident in my ability to pick a winner…and that’s what I’m doing right now.There’s nothing in this for me, and I seriously never heard this guy’s name before tonight. But set your bookmarks – this one is going to do well.His name is Brandon Kasteler. At the time I wrote this post, his site Compound Capitalist is five days from launching. He’s a 21 year old student from Salt Lake who already has a solid 10 years of experience in the investment world. How many 21 year olds can say that?After corresponding just a little with him, I feel safe in predicting this site is worth bookmarking. I’ve already subscribed.

Other than me turning you on to a new site, what does any of this mean to you?It means that there is a formula for building genuine trust fairly quickly that you can duplicate.In the last hour, Brandon…

Check out the words in parenthesis above. I don’t know if Brandon was taught this somewhere or if he is just that kind of person, but he hit every point of a formula that I’ve been preaching to my employees for years.

No matter what business you’re in, if you engage people in a sincerely friendly manner, show them that you understand where they are coming from, and demonstrate that you have something valuable to say…people will listen to you. You will have their trust and you will have their ear.

In business, no one owes you anything. You are not due an audience with anyone…ever. It’s up to you to earn their trust and show that you both genuine and worthy of their trust.And when you do that…good things will happen.

What about you? Tell me about what jumps out at you when you first come in contact with a new person. What makes you trust them? What makes you walk (or run) away?