How To Effectively Swipe Great Ideas From Your Heroes 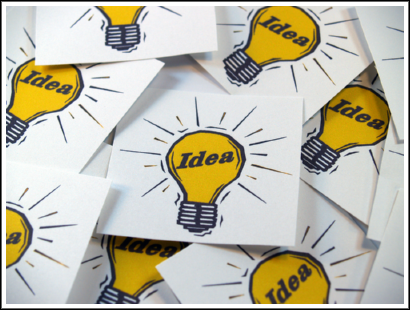 Well, not really… but sort of.The problem with that statement is that it’s just way too general.Sure, you should study the successful people in your field. But if you copy their moves step by step, I’m here to tell you that the odds of you reaching their level of success with those same moves is slim to none.

Sounds like my wife snuck in here. Ha! Trust me… I’ll pay for that later.But back to the point at hand.The reason that old adage is flawed logic lies in the fact that we’re all unique, different people. We all have different personalities, skills, talents, and backgrounds. Therefore, the exact moves of your idols won’t necessarily work the same way for you.And that is where most people get it wrong. Just mimicking people you look up to may improve your game a tiny bit, but it won’t make you as successful as they are.

The Right Way To Copy

There is a right way to take a page from someone else’s playbook, but you have to zoom out a bit to see it from the right perspective. The trick is that you want to copy their strategies, thought processes and attitudes – not their exact moves. By copying the exact moves, you’re missing the valuable stuff – the strategies behind the moves.

For instance, Apple packages iPhones in glossy white boxes. They also happen to sell a ton of them. Does this mean that in order to achieve the same level of sales, Motorola should switch to the same glossy white packaging? Of course not. Switching the box to look like the Apple box probably wouldn’t make much of a difference.

In reality, Apple likely chose glossy white boxes for several reasons. If I had to guess, I’d say they picked it because they understand their demographic, they understand their positioning in their market, and they knew that this type of packaging would resonate with their very specific customer base.

Take a moment to imagine what consumers would think if Motorola product suddenly appeared on retail shelves in Apple knock-off boxes. They’d instantly become known as that company who copies Apple. I’m sure that’s not the image they’re shooting for.

But if instead of copying Apple’s exact move of using glossy white boxes, what if Motorola employed the same strategy of implementing packaging that would appeal more to their own very specific demographic? They would be much more likely to have some success copying the strategy – not the exact move.

Therein lies the whole point. You absolutely can (and should) swipe some best practices from the people you admire. Just do it the smart way by paying attention to the overall strategy – not each individual move.

Back-Up From A Branding Big Shot

Some time ago, I listened to an interview of John Morgan on BlogcastFM. John is a respected branding expert and is the author of Brand Against The Machine. I’ve since re-listened to it several times because it is so full of great sales and branding advice.In the interview, John provides a great explanation of this exact concept of copying strategies instead of copying steps. Listen to it. You’ll leave with a plethora of other brilliant sales and branding ideas.

How To Tell Strategies From Moves

If you look closely, you’ll  quickly develop an eye for telling the difference between strategies from moves. Think of strategies as the forest –and the specific moves as the trees. Looking at moves is a narrow view while looking at strategies is a very wide view.

The next time you’re studying someone you look up to, ask yourself why they do the things they do. The answer will likely be the strategy behind what they did. Then employ that winning strategy using your own personal moves.What Do You Think?In the comments, tell us about your experiences about using someone else’s moves or strategies.