One Simple Thing You Can Do to Monetize Your Blog Today 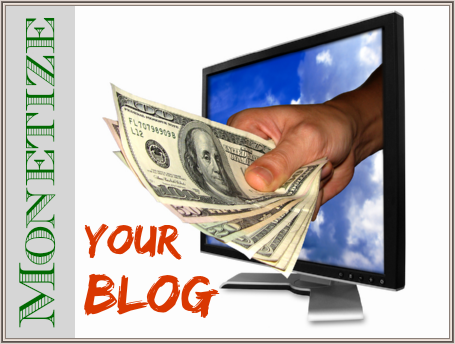 The tears welled up in her eyes. Sharon, a woman I’ve always known to be steady as rock, was falling apart right in front of me.“What am I going to do, Gary?” She asked. My friend looked lost. Broken. Pitiful.“What about the bills? The house, the cars… everything.”I didn’t know what to do for her really, other than sympathize and listen.Sharon is a wonderful person. She’s smart, honest, a hard worker, and she’s talented.Sharon has worked in marketing for many years – and has been successful at it.She also runs a blog which began as a hobby or a kind of side project that she hoped would eventually produce some income for her… or maybe not.Initially, it really didn’t matter either way. She had a good job that she liked and that paid her very well.But, as happens more often than not, Sharon’s life changed. Dramatically.To make a long story short, Sharon’s mother became ill with a condition that would require a lot of attention. After looking at every possible alternative, Sharon and her husband reluctantly decided that their best bet was to have her stay home with her mother.But here’s the problem: Sharon accounted for about 45% of her family’s income. So in addition to worrying about their family member’s health, she and her husband were now beside themselves with money worries.They were petrified because they had no idea how they’d be paying the bills if they didn’t figure out something fast. After working hard their whole lives, their financial future was suddenly in question.“If I could just turn the corner with my blog, maybe I could make up for some of that lost income and at least make things manageable”, she said to me.“But I’ve been at this blogging thing over a year already, and I’m still not making any money from it.”Now, if you have your own blog, you’ve had that very same thought. If you say you haven’t had that thought, you’re lying… and your pants are flaming. Or so a popular saying goes.Sharon knew I was generating cash flow from Reboot Authentic – so she asked me to take a look at what she was doing and offer some advice about how she could start monetizing her own blog.We decided that while monetizing wouldn’t immediately solve her current problem, we could sure generate enough cash to alleviate the panic and take off much of the pressure.By the way – Sharon is a real person. Her name has been changed for the same reason that I won’t be mentioning the name of her blog: For the time being, she and her husband prefer to keep their story anonymous. Maybe we’ll reveal their identities and interview them eventually… just not today.

How to Fail Every Time

What I found was that Sharon was missing a very VERY important first step to making money on her blog. And as I thought about it, I realized that the vast majority of all the blogs I see are guilty of this same huge mistake.There are a lot of things that go into successful monetization. But before you start talking about creating courses, or affiliate products, or ads (ick), or anything else – there are some more basic challenges you need to overcome first.Don’t get me wrong, you need to be up to speed on the different methods of monetizing your blog, but first things first.If you want to cook breakfast, for instance, you don’t begin by buttering the toast. You begin by going to the store and buying the bread, butter, eggs, and bacon. You have to do the prep work before you can do the actual thing, right?Monetization is no different.Monetization is the thing… but you can’t do it properly without the prep work.I dug into Sharon’s Google Analytics and while she wasn’t setting any records, she was getting reasonably good traffic. Her email list numbers were similar – nothing jaw-dropping, but certainly respectable.At the most basic level, to successfully monetize, visitors need to turn into followers (subscribers), and then followers need to convert to customers. A pretty simple concept, right?The truth is that you don’t need a big email list to start monetizing. All you need is a list of the right people.While you may not be able to start earning thousands per month on your blog with a small list, you for sure can create cash flow. That is, as long as you have targeted the right people for your list.

Why You Need to Quit Putting the Cart Before the Horse

Here’s the unfortunate thing…Up-and-coming bloggers tend to waste their energy quite a bit. Sharon was doing it. I used to do it, too.They waste their time trying to implement intermediate and advanced techniques when they’re still beginners. See, studying those things makes sense because you have to know what you’re working toward… but trying to pull of A-List Blogger moves with a relatively unknown blog just doesn’t fly.Sharon is a talented writer, and she has a ton of knowledge to share with people. She creates truly helpful stuff. And those who have subscribed to her list love her work.But as an up-and-coming blogger, Sharon’s lifeblood is new visitors. Lots and lots of them, right?Bloggers with lists of 100,000 can talk about courses and webinars and all that… but an up-and-coming blogger needs to initially be concerned about one thing and one thing only…Keeping the eyes on the page.If your new visitors don’t immediately connect with what they see on your blog, they’ll never subscribe. And if they never subscribe, your chances of monetizing early on are nil.So if you’re an up-and-coming blogger hell-bent on building an engaged list that you can sell to – there is one area on your blog that is more important than all the others.I’ll tell you what area that is in just a bit.

How Many Seconds is Your Blog Worth? 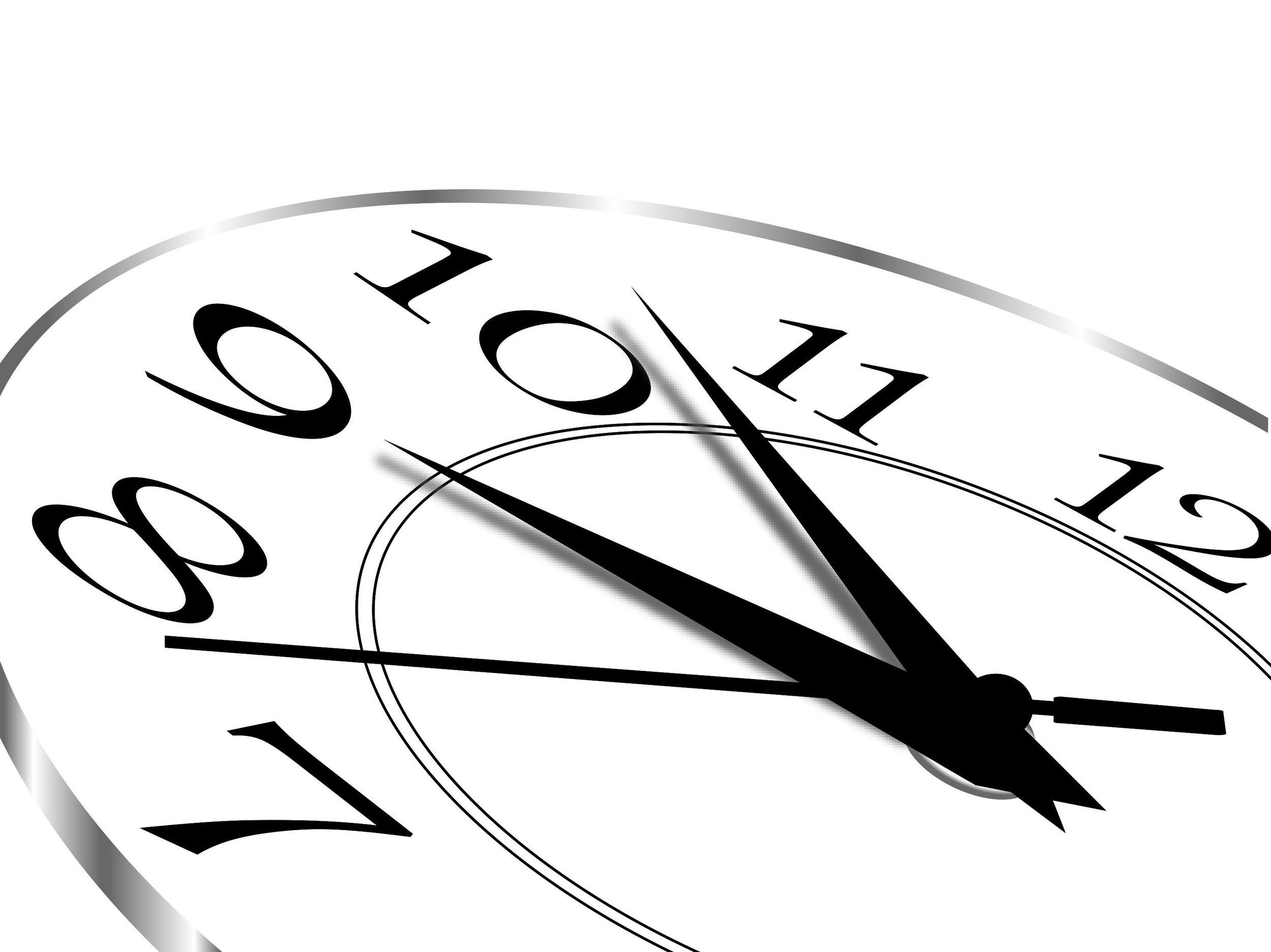 One minute?Two?You wish!According to the Neilson Norman Group the average web site visitor is only willing to give you 10 to 20 seconds to make a positive impression. And that’s the liberal estimate.Spend a few minutes on Google and you can find much more conservative numbers like 7 or even 5 seconds.Now if that’s true (and it is), then the next question a smart person like you ought to be asking yourself is the exact same question my friend Sharon asked me during our discussion…

A great question – and it comes with two possible answers.If you mean how much space or content can be seen in 10 seconds or less, then the answer is “not much.”If you mean how much can a new visitor learn about your blog in 10 seconds or less, the answer is, “a ton!”The secret of connecting with the right audience lies in the area of your blog that a visitor sees as soon as your home page loads. Everything that is visible without scrolling.This vitally important area is referred to as the area “above the fold.”

Why Your Monetization Efforts Live and Die Above the Fold

Right about now you’re probably thinking the same thing Sharon was thinking. She said, “Yeah, ok – that makes sense… but what does any of that have to do with earning money from my blog?”Good question, isn’t it? I told you she was a bright lady.The answer is that it has everything to do with making money. As I explained to Sharon…If your offer – be it to subscribe to your email list, a course of some kind, or a coaching service – isn’t visible, obvious, fascinating, and above the fold, only a tiny percentage of your visitors will ever see it.Therefore only a tiny percentage of that tiny percentage will accept your offer.No sales, no income.Remember, you only have somewhere between 5-10 seconds to “wow” them.That means that whatever you’re showing above the fold needs to speak very loudly and clearly about who you are and what your blog offers your new visitors.In those first 5-10 seconds, as brilliant as your content may be, the rest of your site and content means precisely jack squat.Sharon and I sat down together to look at her blog’s above the fold area.My one directive to her was, “Now, as many millions of times as you’ve looked at this page… when I hit enter and it appears… try to look at it with the eyes of a new visitor. She agreed, and my fingers went type, type, type, enter.Sharon had been writing frequent, useful content – and generating decent traffic from it, but when the page loaded and we looked at her above the fold area together, you could see the disappointment in her eyes. It was awful… and she knew it.

The Story Your ‘Above the Fold’ Area Can Tell

Sharon said, “Wow. That really doesn’t say… anything… does it? I mean, at least to a new visitor.”And it didn’t. There was very little going on.She had a nice professional theme and a nice looking logo – and all those things we tend to obsess over. But there was no clear message. Nothing said, “Welcome to my blog, I stand for A, B, and C – and if you follow me, you’ll get X, Y, and Z.”It was a big, visually appealing nothing.Having seen the issue through a new set of eyes, Sharon was ready to correct the problem.I explained that when someone comes to your site, your above the fold area has to tell your whole story in just a few seconds. Things like…

When you bring your above the fold area together in such a way that it answers all those questions and more, then good things start to happen.Visitors start staying past 10 seconds, they scroll down and read more than one piece of content, they check out your other pages: Your about page, your resources page – and your offers.Once you’ve conveyed a clear image of who you are and why you should be listened to – then you’re in prime position to begin earning money from your blog.Incidentally, Sharon did start earning some money from her blog. Pretty quickly, actually. And it has helped her family through this rough patch.In the next post, I’ll share with you the elements of Sharon’s above the fold area we optimized – and how you can do the same thing.In the meantime, tell me…Have you specifically worked on your blog’s “above the fold” area?When your blog loads and a new visitor looks at it for 5-10 seconds, what impressions do you think they’re getting?