I know why you’re frustrated with your online business. 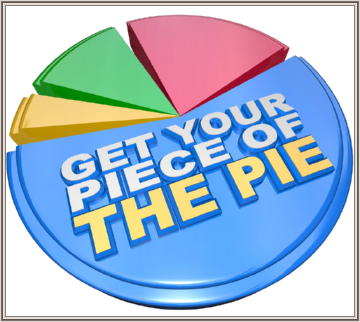 You sometimes feel that every day your chances of making it erode away bit by bit.You see other people succeeding and every time another one does, you die inside just a little bit.Not because you’re one of those ogres who hates when other people succeed – but because you believe that each new success in your market takes another little piece of the available pie.The pressure to reach out and grab your piece of the pie right now while there’s still some left is immense. Whether real or perceived… the clock is ticking and you find yourself pushing to make things happen now. Not later. Right now.On the other hand – you’re not quite ready to break out yet. You still have things to do and learn before you can make a run for your ambitious goals.As you prepare and learn, there goes another piece of the pie. And another… and another.It’s a feeling of desperation and hopelessness. You begin to wonder if you stand a chance at all.

Your Current View of “The Pie” Will Kill Your Business

Ever since the Industrial Age, we’ve been taught to think of our market as a pie. You know, a pie is only so big… and every time someone takes a piece, there’s less left for the rest of us.In past decades, it was true in a lot of industries. In a handful of commodity-type businesses, it may still be true today.We’ve been conditioned to think of “market share” as a fixed-sized object. Something that just exists… and our lot is to fight it out in a bloody battle against our competitors within its inflexible boundaries.And when you’re the new kid fighting it out nose to nose with larger, more established competitors on their battlefield by their rules – it’s a losing proposition.So that’s the view of business and competition that we’ve all grown up in. It’s pretty intimidating, isn’t it?But you don’t have to play that game anymore.

This is no longer your grandfather’s marketplace. It’s yours.Tweet this quote!

Why Opportunities Are Abundant – Not Scarce

The old way of looking at The Pie is wrong… or at least out of date.The pie is not finite. Today’s pies are nearly infinite and multi-layered. Let’s talk about why. Years ago, if you owned a small business, you were limited to a certain number of people who lived in a specific geographic area. As an example, let’s pretend that you owned a computer store.A town of 25,000 people might support four computer stores. If a fifth store came to town, the pieces of the existing pie got sliced so small that at least one of those businesses could no longer make it.So one of them would slowly starve and go out of business. In a situation like that, businesses were limited by geography and by population.But today, thanks to the internet, you’re no longer limited by either of those things.Depending upon your product or service, you now have the ability to market to billions of people from all over the planet.And because you can easily market to such ridiculously large numbers of people, you have the ability to do something else that’s pretty damn powerful: Niche down and specialize.

Why You Need to Define Your Own Battlefield

Gone are the days when you have to fight bigger, more established companies in their territory according to their rules. Now that you have the whole world at your fingertips, you can niche down and create your own market space.Defining a very specific niche allows you to attract a small portion of a very large number of people – which is still a big number. No matter what your general market is, you can carve out your own specialized portion of it and create a business around it. Here are just a few examples…General Market: Baby Products 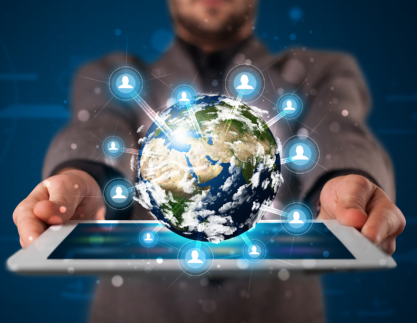 Specific Niche: Just Diapers (Diapers.com)General Market: Pet SuppliesSpecific Niche: Organic Pet Food (The Honest Kitchen)General Market: ToiletriesSpecific Niche: Replacement Razor Blades (Dollar Shave Club)General Market: FloristSpecific Niche: Dead Flowers For Spite (Dirty Rotten Flowers)Ask yourself: Which of those businesses would stand a chance of surviving as a small brick-and-mortar business?Would you make a special trip to the diapers only store? What about the place that only sells organic pet food?Can you imagine saying, “Honey, don’t forget to stop by the razor blade shop after you buy groceries!” with a straight face?And on your way home from work, make sure to stop by the dead flower shop to grab a little something special for the ex.What does all this mean to you?It means that you don’t have to fight that bloody battle with the big boys on their turf anymore. You can carve out your own little corner of the market and do something no one else is doing in quite the same way.According to Forbes, Dollar Shave Club was pulling in over $200,000 per month in 2012 and attracted over $10 million in venture capital in that same year.Do you think niching down & creating your own specific little piece of pie works? Well, Dollar Shave Club attracted 25,000 subscribers in just one week.And if that type of opportunity doesn’t excite you… well, then… I’m at a loss.But if that does excite you… keep reading.

Two Surgical Tools to Carve Out Your Niche

If you haven’t started defining what’s unique about you and your business – and you haven’t defined your segment of uncontested market space yet, you need to. Now. Today.Because if you don’t know who you are, you can’t very well make a compelling argument about why people should choose you over your competition.I’d like to share two resources with you that I highly recommend for starting to understand this concept in greater detail…

It’s more of a scientific, statistical study of how smart companies market themselves. It’s not a “fun” page turner, but I promise you the information inside is brilliant and will change the way you look at competition forever.

It’s available in print and on Kindle here.

My Market Creation WorksheetOffered as a free bonus with my eBook, How to Influence All the Right People, this worksheet guides you through 40 questions that I ask of all my clients before I start working with them. It will help you define who you are now, what your unique points of differentiation are, and help you begin to carve out your own niche.

If you’re not a current subscriber, you can get the eBook and worksheet here.

If you are a subscriber, the link to the worksheet was in the email you received about this post.

And if at any time, you have questions or need help with either of them, feel free to contact me.

Step one is understanding that the old idea of the fixed-size pie is obsolete. Step two is finding your individual slice of the new, expandable multi-layered pie.I know you hear this a lot – but there really is something about you and your business that it totally unique.It’s up to you to do the work and determine exactly what that thing is. As is true for all good things – it takes time and effort. And it may change over time.But when you figure out your own unique place in this new business world, that’s when everything begins to happen.As Napoleon Hill wrote in his classic book, Think and Grow Rich…

“When riches begin to come they come so quickly, in such great abundance, that one wonders where they have been hiding during all those lean years.”

That was written in 1937… and it’s as true now over 70 years later as it was the day he wrote it. The only difference is that the playing field has changed… and it’s changed in your favor.You don’t have to squeeze yourself into someone else’s market. You have the power to create your own.Now go grab your own infinite slice of the pie!Talk to me…Have you carved out your own market yet? Share your tips and stories in the comments!