2 Ways To Be A Direct Message Dingus On Twitter

Twitter is a Social Medium.The word social implies that Twitter is used to interact with other people, right? It’s also a great way to introduce those people to your brand, company, or product.If you want more followers to stick with you and engage, you’re in luck because I’m going to share with you two Twitter direct message moves to avoid at all costs. These two will get you unfollowed (or not followed to begin with) lickety-split. 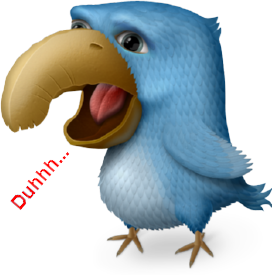 I am by no means anointing myself a Twitter expert. Not by a long shot. I’ll leave that for the many, many people who have typed that title into their own Twitter profiles. But I know what I use it for.My reason for being on Twitter is to meet and engage with likeminded people. How do I find said people? I’m glad you asked.I search manually. I look through profiles, I check out people who follow the people I already know, and I perform Twitter searches to find those who I may have something in common with.My attitude is that if I have 20,000 followers but only 100 of them give a damn about what I do or say, I don’t need the other 19,900. Makes sense, right? I’d rather just have those 100 who want to talk and collaborate and engage.Because of the way I want to connect with people, I don’t automate much of anything on Twitter. The one exception is that I will use Buffer to schedule a handful of tweets when I travel.If you like to automate parts of what you do on Twitter – hey, that’s your decision. I’m not saying it’s bad. I’m saying it’s not for me.For me Twitter is a very personal experience. I promote the heck out of people I like – and they do the same for me. I’ve made some good friends on Twitter.

A Sleazy Thing Happened On The Way To The Twitterverse

As for what set me off and made me bring this up today, here it is.I really do try to look over every single person before I follow them, but sometimes I screw up and follow back one of those pay for followers services…or one of those “girls” whose profile says they’re in marketing, but their link leads to a porn site. And I purge those as I notice them.So today in particular, I got a ton of new followers. I was so pumped that I sent a tweet saying, “Wow! More new followers! Thanks to…(their handles).” Not a minute passed by and I saw that my message was retweeted. Not so weird, right? People retweet their mentions all the time.When I looked at it though, it wasn’t someone who I mentioned at all. It was a pay for followers service that I had somehow followed back. It was retweeted third-hand by this service as if they were bragging about my results – like I might be a client. And that hacked me off. 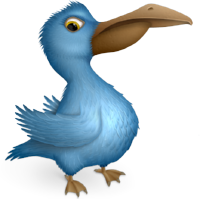 In reality, the new followers were people who I had sought out and followed because I wanted to connect with them. They were following me back.That service was quickly unfollowed and blocked.That little incident is what got me riled up and motivated me to bring up these two Twitter direct message moves that people need to just stop already.

Stop doing these two things. They are annoying to the recipient and just as importantly, they are bad for your business.

Let’s look at both of these moves a little closer.

Sending DM’s to people who can’t reply back.

This usually occurs when someone uses one of those automated services to send a canned DM every time they get a new follower.

The thing is, on Twitter you’re not allowed to send a DM to anyone who isn’t following you yet.

Starting to see the problem?

Let’s say I come across your profile and think, “Man! This is someone who I need to know more about!” I click the follow button and your auto-DM service shoots me off a pre-written direct message.

As soon as my email goes “bing” I see it and get all excited because…well, it’s you.

When I open the message it says, “Hey – thanks for the follow. Just curious. Do you use Twitter for business or for entertainment?” 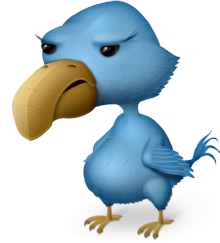 I hit reply to answer your question…and I get a Twitter system message telling me that I am unable to DM people who aren’t following me. Bummer.

At that point I know that…

Not a spectacular first impression, is it?

Introductory DM’s That Are Cheesy and Gimmicky

This one is even worse because it doesn’t just make you look dumb…it makes you look shady.

I have received hundreds of these and not once have I downloaded anything or even replied. They’re insincere and  just feel kind of slimy. Here is one I received this very morning word for word. (Without the link)

Thanks for following, NoClonesBlog. Please accept 4 books to help you make more money online. Go to:

You know, I was going to explain to you why that type of schmutz won’t get you anywhere, but that would be insulting. You’re smart people. You can smell the schmutz a mile away.

Ok, I’ll say it. But in an entertaining way.

Possible replies to that DM:“Thank you but I’m not online to make money. I’m here for the free bingo on Pogo.com”“Finally! After all these years. The 4 books I’ve been waiting for. And they’re free, Free, FREE!!!”

Have more? Put them in the comments. It’ll be fun.

Great to connect with you here. Just curious. How much time do you spend each day marketing?

As a general rule of thumb, you can bet that a DM containing the phrase “just curious” has an ulterior motive (other than connecting) behind it. I get these “just curious” DM’s so often, someone somewhere must be teaching it as a tactic. Yikes.

Either way – it’s salesy, it looks insincere, and it is not going to get you any traction with real people.

Tweet manually – directly to your new follower. That’s a mention. People love them some mentions on Twitter.And if you have some time, why not click on their website first or take note of their location or something interesting about their profile so you have something intelligent to say to them?If time is short, send a Tweet (not a DM) thanking five of them at once. “Thanks to new followers (handles listed) – Great to meet you all!” That works in a pinch, right?After you’ve shared something real and genuine (remember no clones allowed here) then you can get them to visit your blog or talk business. Show them you are trustworthy and worth listening to. If you do that, you won’t have to beat them over the head with your message – they’ll want it.

I was a little hard on DM’s there, wasn’t I?They’re not all bad. Telling someone who you are, what you do, the URL of your site, or something about your business is a good thing. Just sending one to say, “Thanks for following. I’ll be following back soon” is also nice. How about, “Thanks for following. I’d love to connect with you on FaceBook, too! (link)” Any one of those are friendly, not pushy, and sincere.

The Internet Doesn’t Have To Be Cold 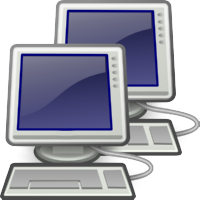 Yes, I know it’s the internet and not a Sunday Social. I get that we have technology for a reason and that it helps us connect with more people faster.Just remember that behind every computer is a real person who, in a lot of ways, is just like you. They are looking for connections and allies and help.Don’t blast them…reach out to them.I bet you’ll meet a lot of fascinating, awesome people. I know I have.Venting helps. I feel much better now. See you on Twitter!

What are your classy Twitter tactics?Which ones turn you off?What is your take on Twitter validation services?Let’s hear it! 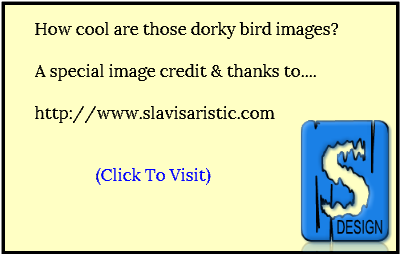